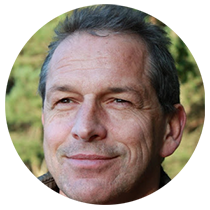 Henk van den Heuvel is a political scientist by education, with a specialisation in international (economic) relations. He studied in the 1980s at the Radboud University in Nijmegen, then called KU Nijmegen. After graduation he has worked for more than 10 years in the non-governmental development cooperation sector in the Netherlands, amongst others with ICCO, the Netherlands institute for Southern Africa (NiZA) that later merged into ActionAid, and Oxfam Novib (Jubilee Netherlands debt and development campaign).

In 2008 he obtained his PhD degree from the Vrije Universiteit Amsterdam. Henk conducted his PhD research in South Africa on local Afrocentric perspectives on management and organisation.After obtaining his PhD degree, he joined CIS – the Centre for International Cooperation at the Vrije Universiteit Amsterdam as a senior advisor on Higher Education management and organisation. Since several years Henk is a member of the interdisciplinary SAVUSA team, South Africa VU Strategic Alliances. Within the AURORA network he is chairing the Africa working group. Since 2015 he is acting director of CIS. At the Vrije Universiteit Amsterdam he is co-teaching an Honours course on International Development. Henk believes in worldwide collaboration with likeminded scholars and professionals to enhance the quality of Teaching and Learning and research. International university networks also beyond the traditional European – American nexus are crucial in effectively addressing the global challenges facing all of us. He is critical of the ongoing global trend of corporatisation of public universities and he is of the opinion that universities have a social responsibility to contribute to the common good of society.