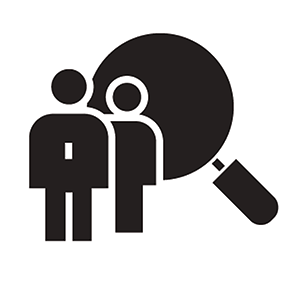 This call addresses interdisciplinary and transdisciplinary research with the aim of finding context-specific solutions that work or have the potential to work in particular settings, in order to draw generalised lessons for settings elsewhere. Taking into account all the competing demands, the solutions should focus on sustainable landscape use that combines a range of functions and demands. This will require a multi‐level (i.e. field/farm; landscape; national level) and multi‐ and transdisciplinary approach in order to arrive at such comprehensive solutions. Part of the project should be an in‐depth case study analysis that results in the development of transferable lessons.

Tender procedure: NWO generally allocates research grants through a tender procedure. Applications that were submitted during a given grant round are assessed and subsequently ranked according to predetermined criteria. The best applications end up highest in the rankings and are the first to be eligible for a grant. The grants are allocated according to these rankings, until the limit of the grant budget has been reached. The qualification has the following categories:

The qualification system applies to almost all funding instruments from NWO. If not applicable, this is mentioned in the call for proposals of that specific round.

Brazilian‐Dutch research teams must prepare a joint research application which will be submitted to NWO by the Netherlands‐based Principal Investigator and to FAPESP by the São Paulo‐based Principal Investigator. Eligible consortia are composed of researchers based in The Netherlands and in Sao Paolo. The consortium must also include a partner from the public, semi‐ public and/or private practitioner organisation.

On the Dutch side

On the Brazilian side

All consortium partners, as well as relevant stakeholders, are expected to be engaged in all phases of the project execution, from its inception to sharing the (emerging) results.

The aim of this call is to strengthen research cooperation between researchers in the State of São Paulo, Brazil, and researchers in the Netherlands by funding joint research projects. It is envisaged that applications will display a balanced partnership, not specifically in monetary terms but with equivalent research commitment and efforts from both sides. It is expected that research activities be conducted on both sides, including the exchange of researchers, and that the project and the intellectual contribution is evenly balanced between São Paulo and the Netherlands. Aiming for projects with sustainable results and high potential for impact by inviting consortia in which researchers from knowledge institutions from both countries will work with societal partners from public, semi‐public and private organisations, in order to increase the societal relevance and impact of their research.
Not applicable.